Coming to Canadian i-Miev owners too

I've just received this letter (Mine was built FEB 2012): 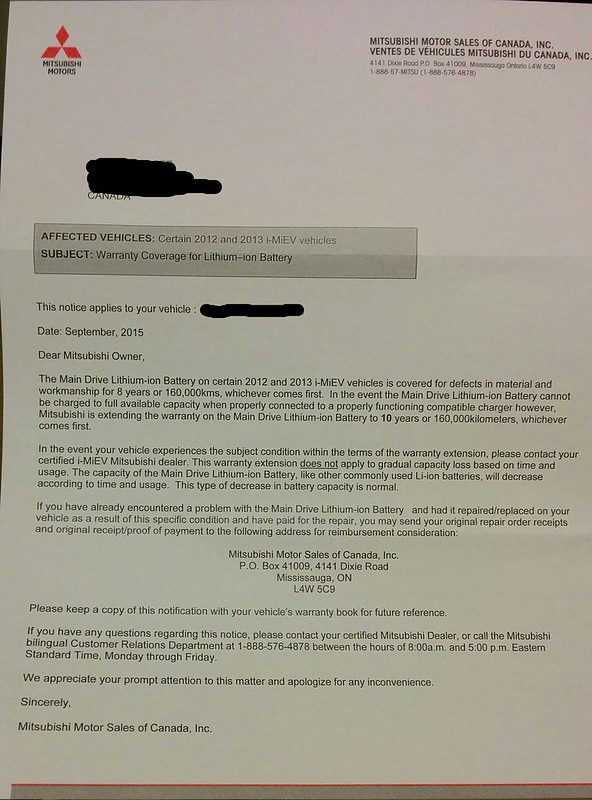 I got the letter today also....

I finally READ the letter today.
I do have the battery lengthened, AND the recall.
It does say that there IS a recall. Not sure if the wording makes it sound more like it MIGHT need to be replaced or that is NEEDS to be replaced.
But my Garage on Mitsu website says no recalls .. hmmm
[size=85]- Linda
-2017 Chevy Bolt Premier Bright Blue
- 2014 Toyota Prius C, for the Son
Post Reply
Load more posts
34 posts