Just wanted to share a problem i solved wich can save a couple of 1000euros.
I got the exclemation point lamp while heavy braking and went to the dealer to read faults (cannot find ANY app that does that, tips are welcome)
P1A44 and p1a45 were stored faults.
I took the safety out and measured with a hv isolation meter and found a low resistance in the ac pump.
I took the plates and bolts off so i could open the lid and saw moisture in the ac print housing. I dried it and sealed the lid carefully with liquid sealant. One fuse was broken from the ac in the green fusebox under the tiny front hood. After that, ac and heater worked and didnt have any problems for over a month now. So ac pumps might not need replacement all the time.
Keep it up, and beware the rust!

@DCregulator, thank you so much for the information. Delighted that it saved an unnecessary a/c replacement!

If I understood you correctly, there were actually two issues -

It was 12v fuse number 16 under the brake booster, i have to correct myself for it being in the green box, it was in a black box with white.

When this fuse is broken, heating and ac doesnt work. I think it was a result of the moisture that it blew but i am not sure. Might also be i shorted a cable while disconnecting the pump.

Also i left the pressurelines connected to the pump wich safed me costly filling the system.

DCregulator wrote:Dear folks,
I took the plates and bolts off so i could open the lid and saw moisture in the ac print housing. I dried it and sealed the lid carefully with liquid sealant.
Keep it up, and beware the rust!

Hi, I have the same problem. You can throw off a picture or diagram where you hit moisture.
P.s. sorry for my bad english

mavix wrote:Hi, I have the same problem. You can throw off a picture or diagram where you hit moisture.
P.s. sorry for my bad english

Welcome! Your English is just fine! I'm always tickled when someone who speaks 2 or 3 languages apologizes for their English skills . . . . in an American setting where few of us speak a second language - It's linda like the expert apologizing to the novice, if you get my drift

At hybrids.ru, an engineer opened the lid of an AC compressor and found moisture and a short circuit. Cleaned. There are no errors now.
p.s. If you have no errors, but the AC has stopped working, you need to check the AC board.

Hi all. I just wanted to add that I’ve had the same issue on my iMiev, and worked on another car with the same. Both had water in the electronics compartment. However, with mine I had to pull the top board away and get to the second layer where the water was also. Not sure which layer had the effect on the Megger tester - I forgot to measure after I cleaned only the top layer.

One thing I’m unsure of is what the ‘goo’ is on the boards. Is it something I should replace to keep the refrigerant in the system? Any ideas what to use? It’s very sticky and semi flexible.

I took some extra photos while I was in there but it’s a bit hard to see the water. I also dismantled the mechanical side to see how it all worked. That wasn’t the best idea because the strength of the magnets is extreme - can’t get the bearing placed in the right spot again. 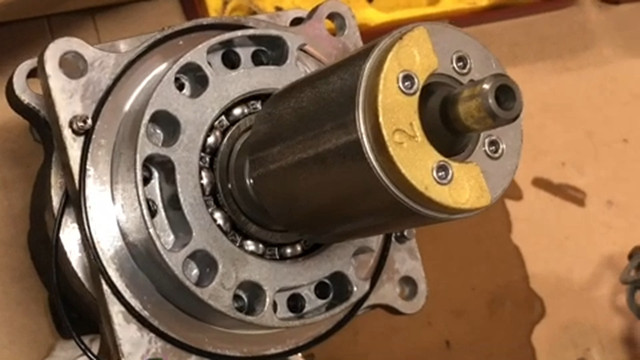 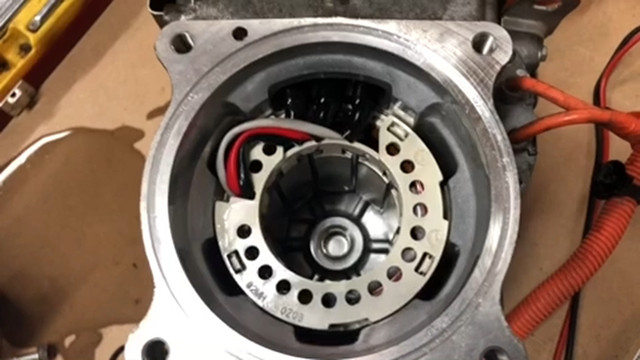 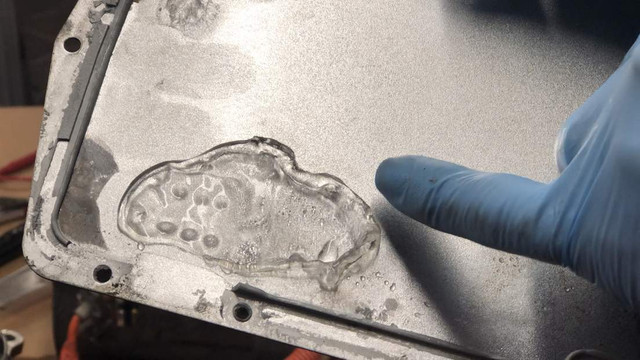 Upper board with some of the goo removed. The water was around the connectors at the cable transit: 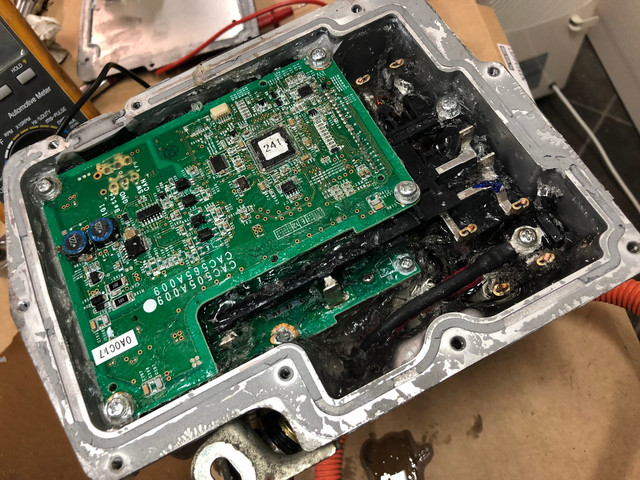 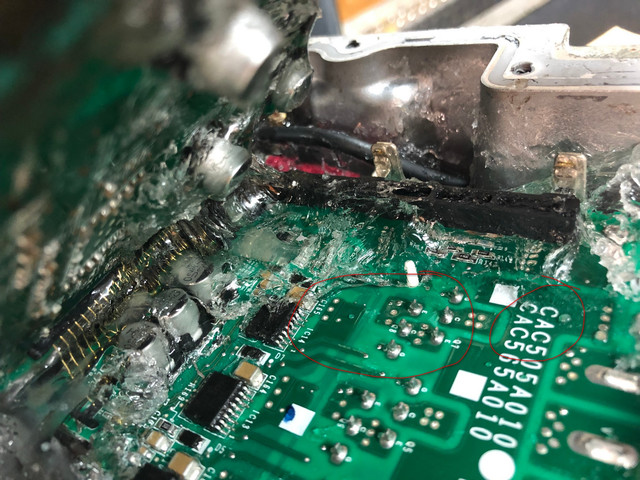 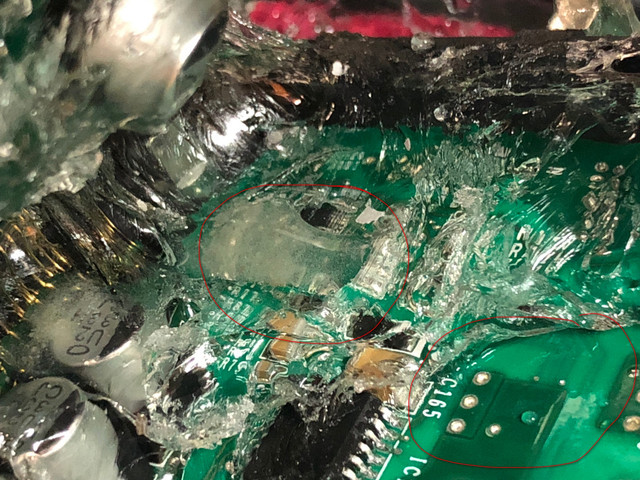